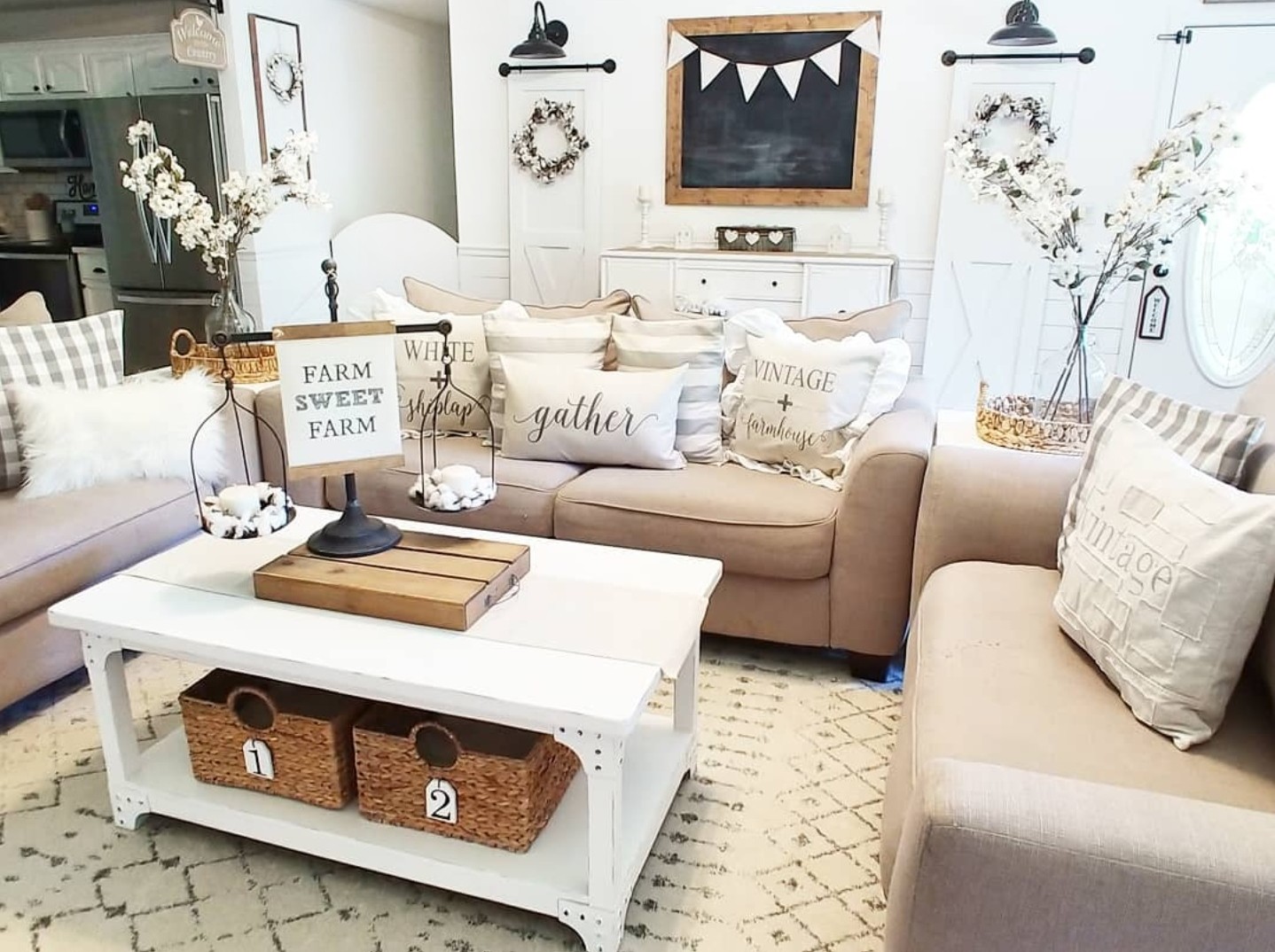 We went to Target a week or so back and they had the cutest Halloween tea towels. They are 18X18. And I got to thinking that they would make great pillow covers! I played around a little bit with ideas and finally came up with something!

I have made envelope pillow covers before with just one piece of fabric. But I knew I would have to use 3 separate pieces to do this. And guess what? It worked! I made 2 Halloween pillow covers with 2 tea towels from Target Dollar Spot! 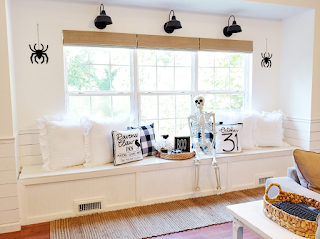 How We Painted Our Kitchen Cabinets

I wanted to give a detailed account of exactly what we did because I feel like I wasn't getting to explain it thoroughly enough through Instagram messages.


Our Kitchen Before & After 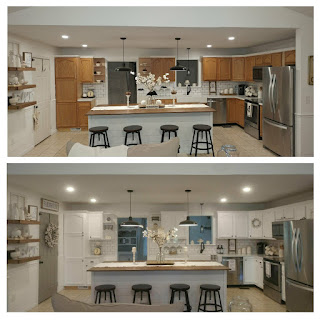 Farmhouse Halloween Decor on a Budget

Today I am posting about my Halloween decor. I went all out this year in the living room and kitchen because I did not get to decorate last year. (We had just moved into our new home, and I did not have time) Therefore, I wanted to make up for it!

I didn't want to break bank though. A lot of the things I'm decorating with are very inexpensive or even homemade (I love diy projects!) I also took advantage of sale items at craft stores and used items I already owned. 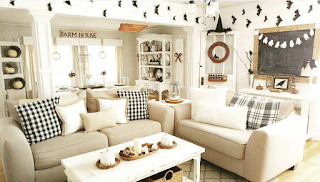 There are so many gorgeous pillow covers! I mean it. Have Y'all been on etsy lately? I'm in love! However, with the holidays & several birthdays coming up, I don't want to take away from our holiday budget. (I can always get them as gifts, right? Hehe)

My fiance brought up a great idea though. He asked me why I don't just make some. I thought to myself, "hmm...." 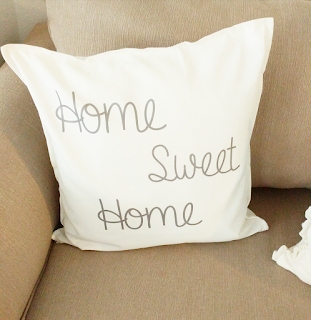 I have not posted in ages! We've been in the process of buying a new house and moving. Things have been outright crazy the past 2 months! But since we've moved, things are slowly beginning to get back to normal. And I wanted to post about something I did recently because my other Burlap Bedskirt Tutorial has been very popular. Here's the tutorial on how to make a No Sew Burlap Baby Bedskirt! 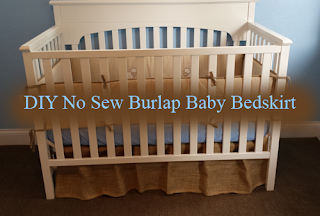 The Next Week And A Half

The next week and a half may be stressful for our family.

Tomorrow Timothy goes to see the Developmental Specialist to see if he is autistic. This will be our first visit with a specialist. This far he has only been seen by his pediatrician and teachers from the Pre-K program (They all agreed that they believe he has a form of autism) But he has never been officially diagnosed.

I am having to gather his baby book, school work, evaluations, etc  to take with us to help them diagnose his condition. I am nervous, stressed, scared, relieved. I have so many mixed emotions. I will be happy to know something concrete. But I am also anxious.

No matter what, I know that things are going to be okay. Timothy is such a precious, beautiful, little soul. I love him so much. And I will be happy to be more educated on his situation so that we can help him to the fullest extent.

Then the Tuesday after next, Benjamin has to go to the Radiologist at Children's hospital to get an MRI on his head.

Everything is fine with Benjamin developmentally, but the doctor just wants to be thorough. Initially they had ordered a CT scan, but later decided that an MRI would be better.

The doctor said that Benjamin may just have a large head. And that 95% of the time that is all that it is.

I have been praying hard that everything is okay with both of my boys. And I try to be strong. But of course I am worried. But I know that it is in God's hands.

What Do I Say?

I don't know if it is okay for me to complain about the situation with Timothy. I am not complaining about Timothy. I wouldn't change a thing when it concerns Timothy. I love him with all of my being. But sometimes the situation that we are in can be really hard.

People come up to us. Strangers are all of the time stopping us to look at Benjamin and talk to Timothy. And I think that is awesome. They think that my children are cute. What parent wouldn't want that?

But the thing is, they try talking to Timothy. Timothy doesn't talk. Hardly at all. So when people come up and say, "What's your name?" or "How old are you?" they don't get an answer. He just looks at them or looks away. And then they are standing there with no response.

Most of the time, I say "His name is Timothy" or "He's 4 years old!" gleefully. And if they keep trying to talk to him, I'll say "He's just a shy boy". Which is the truth, Timothy is very shy. And a lot of times, people will back off at that point. But sometimes they don't. And it can be very uncomfortable.

And I am not upset that people stop to talk to my children. I am fine with that. But I don't know how to handle the situation sometimes.

Timothy has not been diagnosed with autism yet. He may not even have autism. We are waiting for the developmental specialist to set the appointment. But even if he does get diagnosed with autism, do I tell people "He has autism" if he does not respond? Do parents of autistic children tell other people that in certain situations?

I am really confused on how to handle those types of circumstances. And I hope that I am not the only person who has ever felt this way. I am going to read other parents stories and how they handled things. I have a wonderful friend on facebook who is mother of autistic children (Shout out to Alicia) She has really helped with any questions that I have.

I just feel like I am the parent. I should be the strong one. I should know how to handle this stuff. But sometimes I don't. And it can be really hard. And I hate that I am even making it into anything because this isn't about me. It is about Timothy. I think doing some research on other parent's testimonials will help though. And blogging about it is helping too. 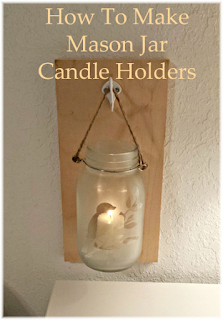 We did this a little while back. I had these jars from Walmart that I had bought ages ago, and I had no idea what to do with them. Then I came across something really cool on Pinterest that I wanted to try!
Click Here To View More....
on May 16, 2015 No comments:

I actually did this project a few months ago and am just now blogging about it. But it's super easy and super cheap! I already had the super glue, primer and white spray paint, so I literally just had to buy the photo frame hardware, 3 Dollar Tree Trays and the stickers. (I actually bought more stickers than what I used for this project)

Chalkboards can be expensive if you're buying them from a craft store. I have now made 3 chalkboards of my own for less than $10 each. And it's so simple!

I am going to outline how to do a simple no sew burlap bedskirt. It is so easy, it's almost too easy! And it's very cheap.

Looking at online prices, to buy a burlap bedskirt (the kind that I wanted) range anywhere from $39.95 & up. The burlap (In Natural) I bought at Hobby Lobby literally cost me $15. I bought 7 yards (but really only needed 5 yards) I used the Hobby Lobby 50% coupon and that is how I got it all for $15.

The simple answer: I don't. You can live in an apartment, a townhouse, a trailer, a double wide, wherever and decorate however you would like. There are no rules! And why buy things to decorate this town home while we live here just to buy rustic decor when we buy a house of our own? That's silly. So I decided to decorate our townhouse/apartment in rustic!